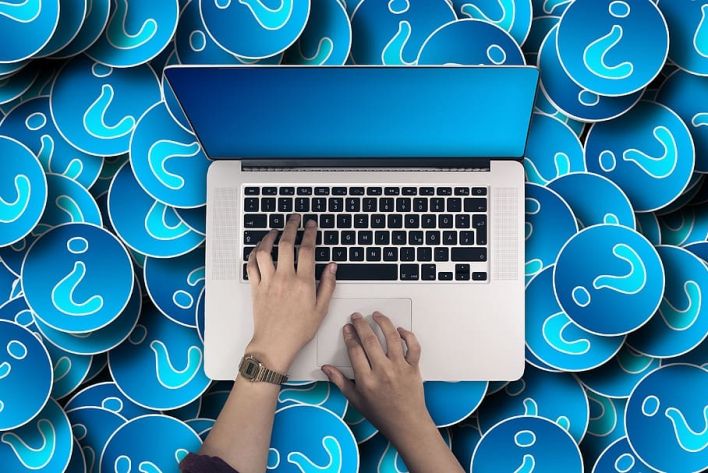 Language is a funny thing. We have this crazy idea that words have “definitions,” when in fact the meaning of words is nothing more (or less) than a broad consensus of a lot of people. As the consensus shifts over time, so shifts the meaning of a given word. And in this way language sometimes becomes more precise — and more often, becomes much LESS precise. (Case in point: swell, neat, keen, cool, awesome, hot, and dope have gone from meaning seven very different things to all meaning basically the same thing!)

One of the keen, cool, awesome things that happens with language evolution is when a word that was used in a mean or hateful way is “reclaimed” by the people it was once used to deride. “Queer” went from being an epithet to being so proudly and decisively owned by queer people that I can make this statement without insulting anybody.

Now, in the category of not cool or awesome is the way that words get shamed and shunned out of normal usage for the purpose of what I’ll call “corporate correctness” — which is like political correctness, but specific to business settings and actually as pointless as anti-PC people claim that political correctness is.

Don’t get me wrong — I’m not saying the people who perpetrate this behavior don’t mean well. They are looking for ways to reframe business situations in ways that help people think better, feel better, and work better. Trouble is, if the underlying intention doesn’t change, it won’t make any difference to change the words. Worse yet, it just serves to make communication less precise and more difficult — pretty much the exact opposite of what you ought to be doing in a business environment!

My pet peeve of the day is the word “problem.” This word, that never did anything to deserve it, has become the Voldemort of corporate America — “he who must not be named.” To say there is a “problem” is tantamount to saying the building is about to go down in flames. So instead we now have “situations,” “issues,” and “challenges” — and management doesn’t even want to hear about any of them unless you are presenting a “solution.” (And don't even get me started about "opportunity" as a euphemism.)

The word “problem” is useful if, instead of treating the word itself like a problem (see what I did there?) we rethink what it connotes in a business environment. When I ask Google to define the word “problem,” the first definition has a bunch of scary words like “unwelcome” and “harmful.” But the word’s etymology is far less frightening. It comes from Greek roots meaning “to put forth.” The various other modern definitions talk about “difficulties,” and that’s fair — you’re never going to entirely escape the notion that a “problem” that it is something you’d ideally rather not have. But what if we dig a little deeper, into the way the word is used in math and science contexts? A “problem” here is simply a set of conditions that require some manipulation to reach a desired state or result. In business, most often, a “problem” is nothing more scary than a set of circumstances that need to be changed in order for the business to become more productive or more profitable or more sustainable. You can call that a “situation” or an “issue” or a “challenge” if you like, but that doesn’t change what it is. Some aspect of your business is in a state that you want (or need) to change. That’s all. Why is it a problem to call it a “problem”?

Here’s what I like about the word “problem.” For me, it evokes images of smart people with their foreheads sort of wrinkled up, studying something with intense curiosity and full engagement. They are talking openly and honestly with each other. They are walking around a table spread out with papers and pencils, or a white board covered in ideas, symbols, codes.  In this environment of total focus, they are suggesting all the possible ways to tackle this problem they are having. The problem does not define them or threaten them. It simply invites them to apply all their ingenuity, cleverness, and collaborative spirit to find a way to make things better. Whoever presented this “problem” brought it to the table without fear. Nobody blamed anybody else for it. Nobody covered it up or pretended it didn’t exist or sent a dozen emails to try to make it go away. Management didn’t gaslight the person who put forth the problem, but neither did they lambaste them. The problem was presented, identified, and defined, and everyone rolled up their sleeves and went to work together to solve it.

Most importantly, nobody said “I don’t want to hear about problems; I just want solutions!”

Shaming the word “problem” out of existence in your office is a bit like “tone-policing.” It’s like rejecting a heartfelt manifesto on the basis of a misspelled word. Let’s stop wasting our time finding alternatives to the word “problem” when we could be using that energy to solve some real ones!